" … at first glance, some people may say that I am superficial; but in reality, my dynamic soul is sometimes too much for my small framed body. I am dynamic and full of life: I quess it has to do with being an artist! I am an American with Latina roots and believe me; judging from my hair, I do have that Spanish, Indigenious and maybe African background that means Latina!

After my formal studies at the University of Miami and The Juilliard School in New York graduating with a Master's Degree in Music, I followed through with some contacts I had met along the way and pursued my goal to move over to Europe.

One of those contacts was musician Diego Monjo from Spain who introduced me to a festival in the Island of Menorca at the Baroque styled Teatre Principal de Maó where I sang Gilda in Rigoletto opposite Baritone Leo Nucci and Bass/Baritone Juan Pons." 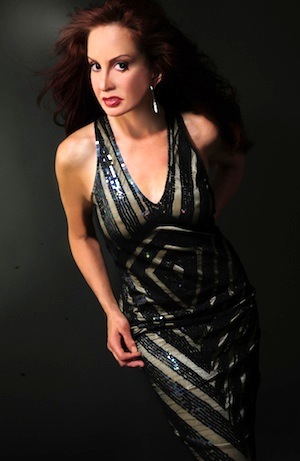